5 Reasons Karaoke Virgins Need To Pick Up The Mic

If you had one shot for karaoke glory, one opportunity, to sing everything you ever wanted, one moment, would you capture it, or just let it slip?

Palms sweaty, knees weak, arms heavy, vomit on your sweater already, mum’s spaghetti. Well, maybe things aren’t that bad! Still, for many the idea of taking up a karaoke microphone is as frightening a prospect as dinner with the in-laws or actually paying for Netflix. But the thing is, at Lucky Voice we watch thousands of people have the time of their lives in our awesome karaoke venues each and every week, so we want as much of the world as possible to know the thrill of singing one’s heart out to Wonderwall.

With that in mind we’ve compiled five fab reasons karaoke virgins absolutely need to pick up a mic ASAP:

1) Because You’re A Rockstar And The World Should Know 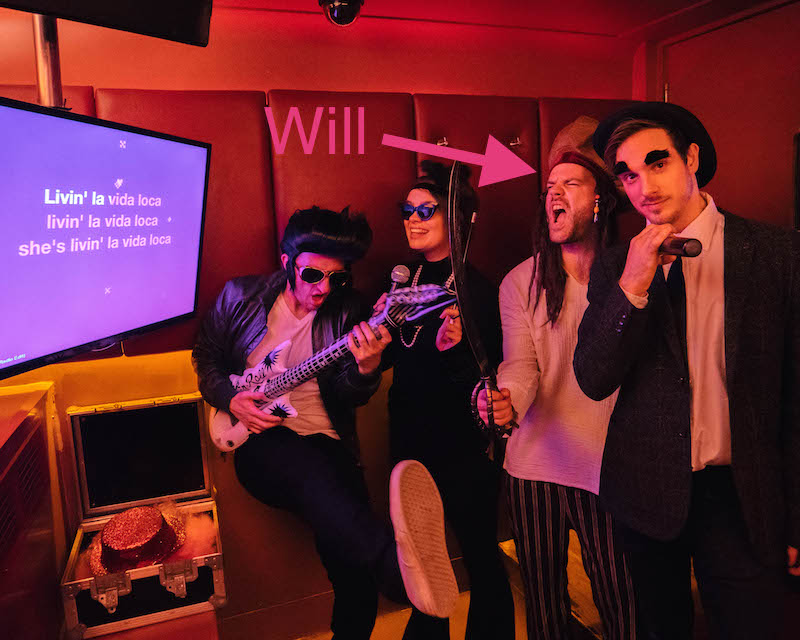 This is Will. Will recently joined Lucky Voice as our new Content Manager. Before Will started working at Lucky Voice he had never considered trying karaoke. Now look at him, belting out Livin’ La Vida Loca in all its glory WHILE DRESSED AS A PIRATE. Behold the unadulterated piratey joy enraptured in his happy little face; he’s listened to the song a hundred times, but has he ever felt it? Has he ever truly understood what Ricky Martin feels crooning his sizzling Puerto Rican sexiness to thousands of eager fans? He has now! You go Will! 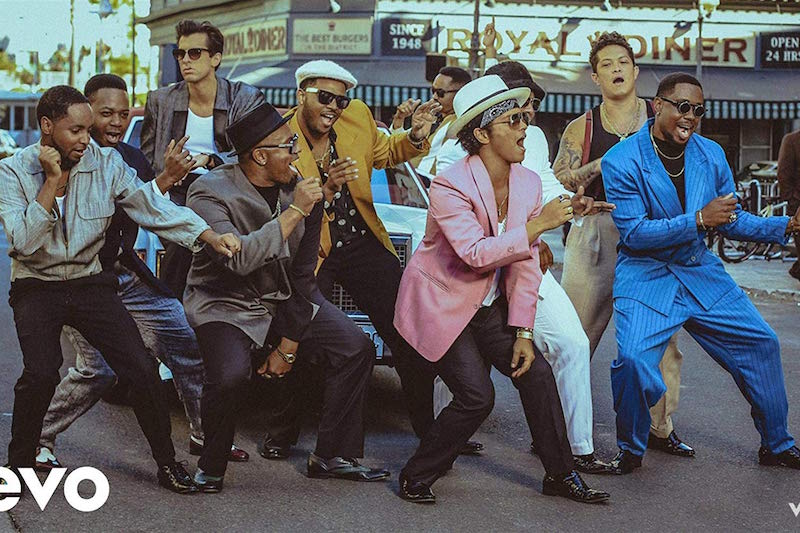 We’ve all had those frightening moments of existential angst in life where you nervously contemplate asking for a promotion at work, kissing someone you like or shaving your head a la Natalie Portman in V For Vendetta. Regular karaoke buffs can draw strength in these moments from the memory of absolutely crushing Uptown Funk in front of their friends, march right up to their boss/crush/barber and proclaim, “This is that ice cold, Michelle Pfeiffer, that white gold” before demanding a raise/leaning in for a smooch/asking for a number one all over depending on what the situation requires. Possibly all three, we don’t judge. 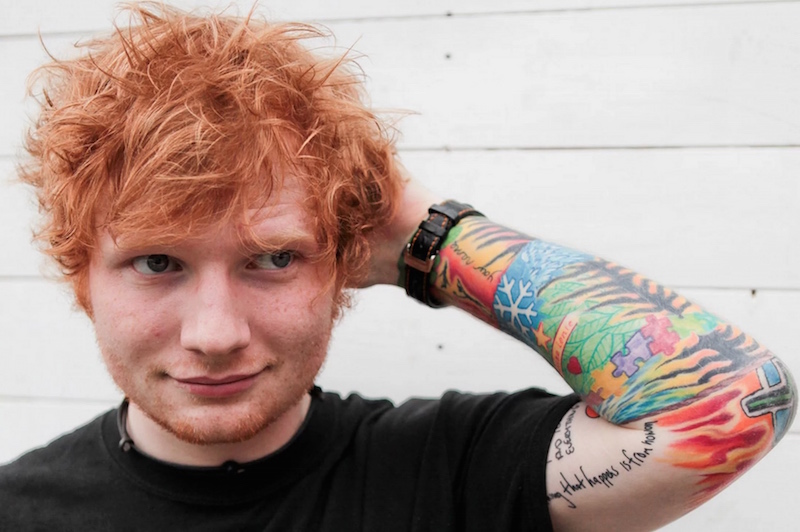 Picture the scene: you’re singing your heart out at karaoke – absolutely killing it. You finish the last note of Journey’s Don’t Sop Believin with a mic drop and head to the bar to grab a drink when a hard-bitten man in a suit walks up to you and says, “Hey kiddo I saw you up on that stage, you’ve got moxy” – for some reason the man in question is from 1930s New York – “I’m gonna make you a star.”

Yes it sounds like the plot from a Disney film, but why not? Trump is President, Elon Musk is dating Grimes and the English football team actually triumphed in a penalty shootout at the last World Cup – the seemingly impossible happens every single day. 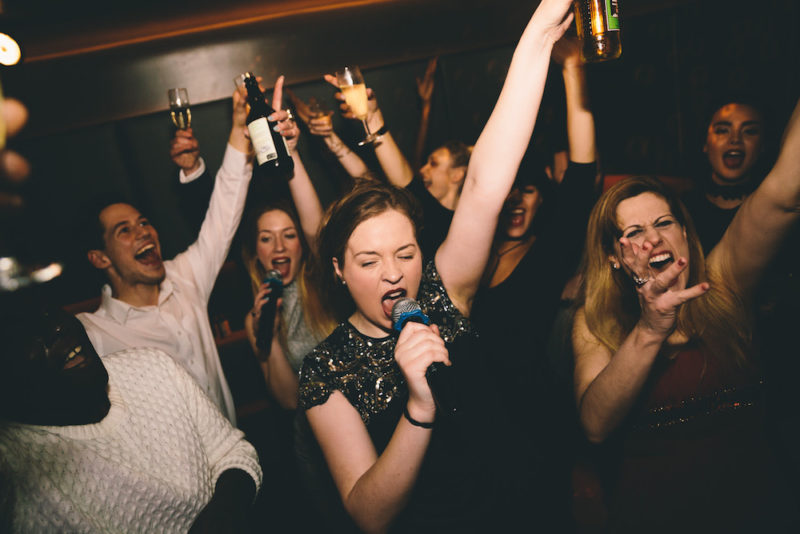 Some people unfamiliar with London’s karaoke scene envisage a Phoenix Nights type situation with a broken down machine from the 80s that can only play three songs, a dingy stage crammed in the corner of a pub full of grumpy/borderline hostile punters and a microphone-hogging, gin-swilling matriarch knocking people out the way to warble These Boots Are Made For Walkin every ten minutes.

While we’re sure there are plenty of pubs up and down the country that regularly see the scenes described above, at Lucky Voice we’ve been pioneering new ways of enjoying Japan’s ’empty orchestra’ for over 13 years and can offer an all-around superior karaoke experience.

Instead of a malfunctioning machine from the 80s, try our cutting-edge touch screen technology with a catalogue of over 9,000+ songs to choose from. Instead of a gin-swilling matriarch, try ordering some Dutch courage from one of our gin-serving mixologists. And most importantly, instead of an intimidating room full of strangers, try joining mellifluous harmony in a welcoming atmosphere with your nearest and dearest by hiring one of our private booths – the perfect environment in which to graduate from karaoke virgin to virtuoso!

To check out our private room karaoke venues, head to: luckyvoice.com

By subscribing to our newsletter you agree to receive emails with the latest news from Lucky Voice Soho Ltd. You can unsubscribe from these at any time. Your information will not be shared with any organisation outside of Lucky Voice Soho Ltd and Campaignmaster, our email provider. To see our full privacy policy click here.

Guess who’s back? Back again…

A thank you to public service and hospitality workers this Christmas

How To Create Your Lucky Voice Bars Playlist